Hungary is in the temperate zone and has a continental climate. This means that the weather is not very changeable but there are big differences between the four seasons:

December, January and February are winter months. In winter the weather is usually cold, the temperature is below zero and it often snows. The mornings are foggy and frosty. You should wear warm clothes if you don’t want to shiver with cold and catch a cold. If it’s cold and it’s snowing children can make a snowman or play snowballs. A lot of people go skiing in winter. In this kind of weather I like to stay at home, read an interesting book or watch a film on DVD. My mother always bakes delicious cakes or doughnuts.

March, April and May are spring months. In spring the weather is usually changeable. It can be quite warm and sunny or cold, rainy and windy. The snow melts, flowers begin to bloom. Snowdrops, violets, tulips and daises are the nicest spring flowers. Many people take long walks in nature in the fresh air after cold winter months.

June, July and August are summer months. It is usually very hot and dry in Hungary. It is especially dangerous to lie in the sun around noon because the ultraviolet radiation is very high at that time. Summer is the favorite season for most people. Students like it the best because they are on their summer holiday so they don’t have to go to school. Cherries, raspberries, gooseberries, currants and sour cherries are the most typical fruits of summer.

My favorite season is summer because in summer the sun shines. In summer there isn’t school and my family and I usually go on holiday. In summer I sometimes go riding a horse. Then there are a lot of concerts, more than in winter and I meet my friends very often. I can go out and sunbath. People are happy because the weather is good. 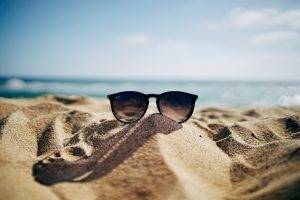 September, October and November are autumn months. In autumn there is a rainy and foggy weather. The nature has beautiful colours in this season as the leaves of trees and bushes start to change their colours and fall to the ground. Most of the students don’t like autumn because it means that they have to go to school again.

England has an oceanic climate. It means that the weather is very wet and there are not big differences between the seasons of the year. It is mild and rarely snows in winter while summers are cool and damp in England. The weather is very changeable. As it rains very often, the English regularly carry their mackintosh and umbrella with them even in summer.