I live in a flat, in Budapest, in the eighth district, between Blaha Lujza Square and Rákóczi Square. The house, which I live in, is an old building. It has four floors and there is no lift. The most of the tenants are old people in this house. There are some younger people too, but they work or learn in a college or university.  I don’t speak a lot to the neighbours.

I have been living in this house for 13 years. I know the neighbours, I know the surroundings, and I like this district, but it is a fact, that I like the countryside better, because the capital city is very polluted, and overcrowded, the transport generally very bad. People are unfriendly, and they don’t deal with each other. In the countryside people are friendlier and helpful, and they like nature.

I like the living in the countryside, because I like mountains, and piping, and I like animals, but the animals need a big garden, which is rare in Budapest. We have a cottage in Biatorbágy near Budapest. When I was a little child, we went there a lot. I love the neighbourhood and the people, who live there. One of our neighbours has got four little cats, and two adult cats, and only one dog. They had had two dogs, but somebody killed one. This neighbour has a very high house, it has two floors. The other neighbour has some hens a cock and some chickens. We buy eggs from him. When I was a little girl, my brother and I went to the other neighbour to play table-tennis. We went to tour with them, and we generally enjoyed it. 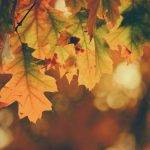