I’m Hungarian, but I like watching English and American films to improve my English. Last night I went to see a western. It was set in the Wild West in the 1890s but in fact, I know it was shot in Spain. It starred several well-known actors and Clint Eastwood played the part of the bandit. It was subtitled, which is important for me so that I can practice understanding English. I don’t like films which are dubbed into Hungarian – the voices are always the same.

I would like to show the Full Monthy. This was one of the most successful films in 1997. It’s set in a mining town in the north of England in the 1980s at a time when the mines are being closed and many mine workers are being made redundant. It’s both a comedy and a drama. The plot is very simple – a group of unemployed men has decided to put on a rather unusual show to make some money and gain some self-respect. The men have only a few weeks to get ready for the big night when they are going to perform in front of an audience of 300 screaming women.

When the film was made the cast included actors who were not very well known outside Britain, and the boy who plays the part of Nathan had never acted before in his life. The star of the film said afterward that shooting the final scene was probably one of the most difficult moments of his life. “It was every actor’s worst nightmare. Waking up on stage with your clothes off!”

The film was directed by Peter Cattaneo, and the producer was Umberto Pasolini. The lively soundtrack includes music by Tom Jones, Donna Summer and many other singers of the 70s. 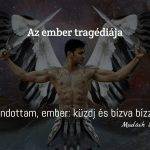 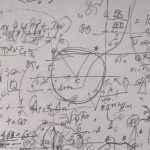