The centres and peripheries are the 2 opposite poles of world economy. The centres of world economy contain those areas in which the most important elements of capitalist economy (the capital, the technical- and social knowledge) accumulate. Developed countries belong to the centre, they have a leading role in the most modern and the fastest developing economical branches, in the economical system of the world and in the organization of regional integrations. They have influence on international trade, and on the movement of capital and money. Due to their leading role in world economy, their national economy is also integrated on a high level. It means that the connection system between their ecomical branches and the proccesses of their national economy is multilateral sokrétű. The infrastructure is also highly developed.
Outside  the centre, there is a semi-peripheric zone whose countries provides resource, market and expanding area for the central states.

The next zone is the periphery which is the outskirt of the world economy from both economical and territorial point of view. It contains the group of developing countries.They have a passive role in world economy or they are very dependent on the global economical processes directed by developed countries.But for these countries it is possible to rise. felemelkedni (gazdasági értelemben is)
Nowadays three centre pole of growing növekedési pólus move mozgatja the world trade. The status of several countries and regions are determined by their relationship to the centre poles of growing. The 3 centre pole of growing are: the European Union, the U.S.A and Japan. Their common name is Triad. In today’s world economy actually the Triad takes up teszi ki, alkotja the centre. The flow of capital, technology and goods take place here, it possesses the 80% of all functioning capital. The other economical regions are only hinterlandshátország of the Triad.
The main engine and haszonélvező of world trade has been the U.S.A since the 1990’s. Its functioning capital import and export is the largest in the world, and it accunulates the largest commercial deficit.
Japan’s economical outputteljesítmény has stagnated since the 1990’s, but it has the most significant commercial activity of the three poles of growing. Its functioning capital export is much more than its import.
The profit of the European Union’s commerce is quite mild. The 1/3 of the world’s functioning capital export and import is conducted lebonyolít by the EU.

The food production of the world – despite the population boom – exceeded meghaladta the increase of all population. As a result of the modern agrotechnics of the developed countries the overproduction of food is characteristic to the entire world, even some countries suffer from crisis caused by the overproduction. In these areas there is overconsumption that is an exacerbating súlyosbodó impactártalom on civilization. The unhealthy alimentation (that contains too much carbohydrate and protein) and the lack of training endangers the health of the population living in prosperity.
In a larger proportion of world population the main problem is the lack of food. The agricultural production of developing countries is not in proportion with the rapid increase of population that is why the lack of food is constantállandó in these territories. The most cruel consequence of overpopulation is malnutrition. éhezés
The feature of the third large group of people is „hidden malnutrition”. Their problem is not the quantity of the food, but its quality. This food misses vitamins and microelements.
In countries suffering from malnutrition infant and child mortality is high and low life expectancy and pathologic kóros decrease of body weight of children are characteristic. The income of the population of developing countries is so low that they cannot appear on food market as a consumer. Consequently the main reason for malnutrition is poverty. 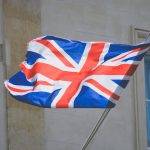 To invite someone we can use the following expressions: Would you …….? Would you like to …..? How about……? What... 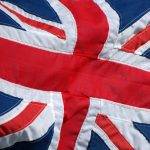