Reporting The Language Of Others II.

Reporting The Language Of Others II.

Indirect statements, questions, exclamations, and directives: Indirect statement: that clause,
indirect question: dependent wh-clause, indirect exclamations: dependent wh-clause. indirect directives: that clause and to-infinitive clause. With directives there is no tense backshift in the verb forms: mandative, subjunctive, putative should and to-infinitive.  If to-infinitive construction is used for an indirect directive, the reporting clause normaly requires an indirect object or a prepositional object.

Free indirect and direct speech: Used to report speech or the stream of thought. The reporting clause is omitted. The potantialities of direct speech sentence structure are retained. It is only the backshift of the verb, with equivalent shifts in personal pronouns, and time and place referencesthat signals the fact thjat the words are being reported. In the case of free direct speech it is used in fiction writing to represent a persons stream of thought. It is a form of direct speech but it is merged with the narration without  any overt indication by a reporting clause of a switch to speech. Its distinguished form is the past time reference of the narration by its use of present tense forms.

Transferred negation: It is the transfer of the negative form a subordinate clause where semantically it belongs to the matrix clause.
I dont think its a good idea can have two meanings: negation applies to the matrix or to the subordinate clause.  The matrix verbs that allow transfered negation fall into several semantic groups: Opinion(anticipate, Perception(appear),  Intuition may differ whether 2 sentences are synonymous. Lack of synonymy becomes evident if the adjective is intensified. Not all verbs in the same semantic field allow transfered negation(assume). Addition of modal auxiliaries in the matrix clause may prevent transfered negation with verbs that otherwise allow it. 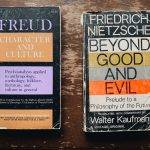 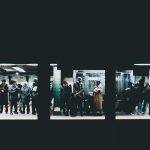